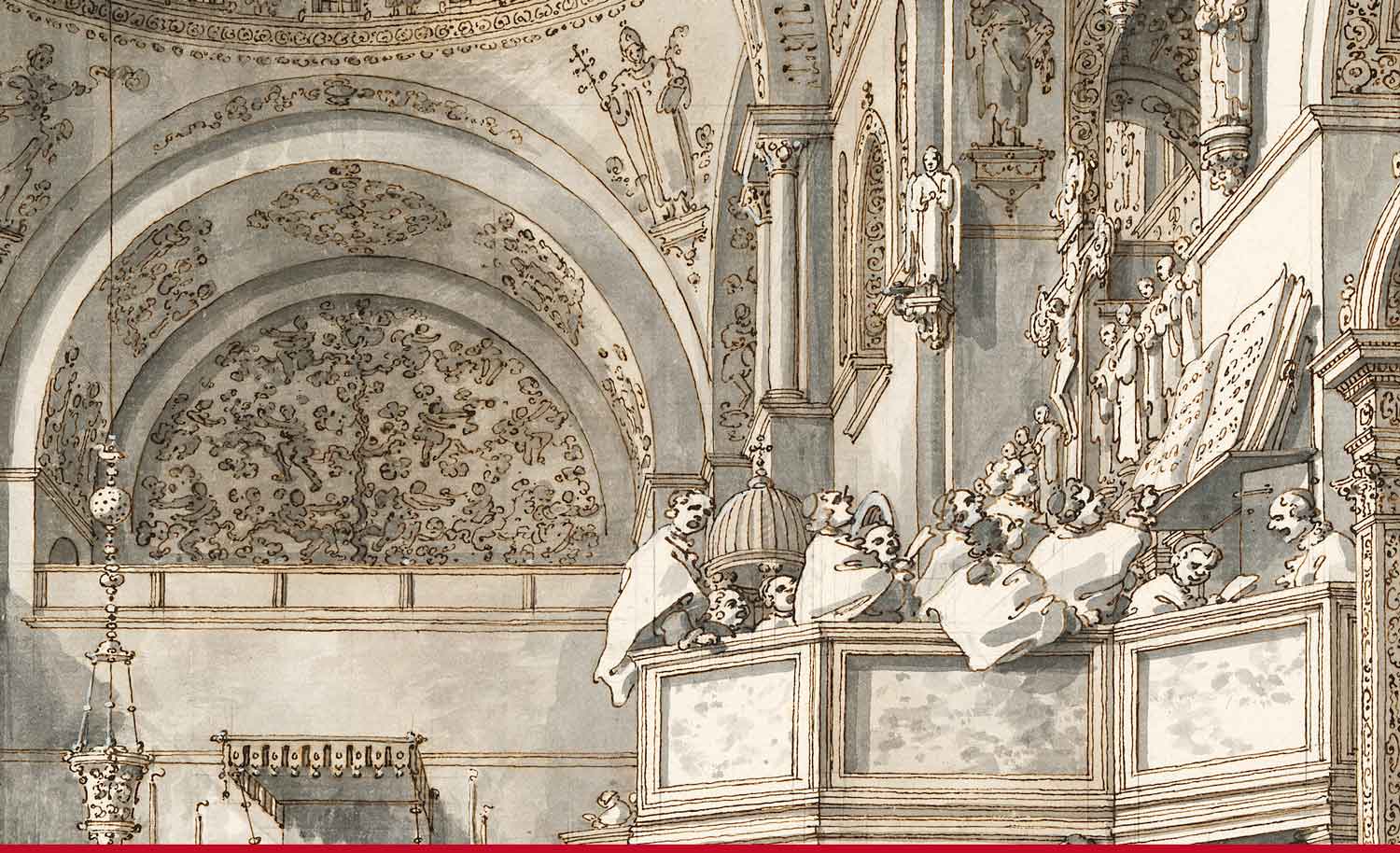 Call for Papers:
Sacred Architecture, Rite and Music between Byzantium and the West (sixth to fifteenth century)

From late antiquity to the late Middle Ages, rite and mass piety in the Byzantine Eastern and Latin Western Church were decisively influenced by the interaction of liturgical and musical practice with the sacred space. Byzantium exerted a lasting influence on church buildings in the West, especially in the architecture and the decoration with monumental gold-ground mosaics, exemplified by the Cappella Palatina in Palermo, St Mark’s Basilica in Venice or the cathedrals in Périgueux and Aachen. The relationship of Byzantine to ancient Roman and Gregorian chant as well as the later development of vocal church music in East and West has increasingly become the focus of research in recent years. As several studies have shown, Byzantine sacred buildings not only responded to liturgical, ceremonial and musical requirements, but architectural innovations also affected the rite and church music. Such phenomena have also been observed in various sacred spaces in the Mediterranean regions of the Latin West.

The conference focuses on the interplay of sacred architecture, rite and music for the first time in a comparative perspective between Byzantium and the West from late antiquity to the late Middle Ages and examines transfer processes between the Byzantine Empire and the European Mediterranean region. Emphasis is placed on the sacred space in its performative function within the liturgical and ceremonial context. The guiding questions are: To what extent did synodal or conciliar resolutions and liturgical innovations in the East and the West influence the construction or modification of church buildings and modify musical composition and performance practice in sacred spaces? Which spaces were intended for musical performance and how did contemporaries perceive this? How should the relationship of monumental wall paintings or mosaics with texts and chants of liturgical celebrations be evaluated? In this context, what similarities, differences and interactions can be identified between the Byzantine Eastern and Roman Western Church?

The decidedly interdisciplinary conference is aimed at scholars of Byzantine studies, Christian archaeology and musicology, history of art and architecture, as well as liturgy and church history. The conference is organised by the research project “CANTORIA – Music and Sacred Architecture” in cooperation with the Leibniz ScienceCampus “Byzantium between Orient and Occident” (Mainz/Frankfurt) and the Leibniz Institute of European History.

Papers of 30 minutes will be accepted in German and English. Interested speakers are invited to submit an abstract of their proposed paper (max. 500 words) and a short CV (max. 300 words) by 15 May 2020 to: klaus.pietschmann@uni-mainz.de / tobias.weissmann@uni-mainz.de

Contributions by junior researchers will receive special attention. Travel and accommodation expenses will be reimbursed subject to successful financing.